Over the past 20 years, APP China office paper has served different customers including the government, academic institutions, the military, commercial organizations and other customers. Included in its portfolio are a range of well-known, highly-respected brands, including Gold Flagship, Topgun, Canary, Aphrodite, Gold Ball, and Gold Bird.

As a wholly-owned subsidiary of APP China, Yalong Paper Products (Kunshan) Co., Ltd. is one of China's largest paper processing companies. Located in Kunshan City, Jiangsu, the plant was first built in 1996 and covers an area of 66.67 hectares. With a total investment of RMB 800 million, the plant employs over 400 employees and has an annual output capacity of 200,000 tons, making it one of the largest heavy processors of paper products in China.

Gold East Paper (Jiangsu) Co., Ltd. was established on 1997. The company is based in the port of Zhenjiang Dagang in Jiangsu Province — the third largest port on the Yangtze River. Gold East Paper covers an area of 533 hectares, employs more than 3,000 employees, and has a total investment of RMB 30.337 billion.Gold East Paper has two of the world's most advanced paper machine production lines, two of the most advanced coating production lines, and one of the most advanced in-machine coating production lines. Together, the plant can produce more than 2 million tons of coated paper per year, making it one of the largest production plants in the world. The plant is also home to two private docks with a combined berth capacity of 35,000 tons, a water plant with a daily capacity of 99,000 tons, a sewage treatment plant with a daily processing capacity of 75,000 tons, and additional plants used to process heavy calcium carbonate and light calcium carbonate in support of the main paper works.

Gold East Paper's products are currently exported to many overseas markets. The company continues to improve its operations, and has been named one of China's top 500 companies and China's top 200 companies for several years. Gold East Paper's efforts in environmentally friendly construction, social responsibility, and technology-led innovation have been recognized by all levels of government in China. Since its establishment, the company has won nearly 300 awards at the national, provincial and municipal levels.

Jinxin (Qingyuan) Paper Co., Ltd. is located in the High-tech Industrial Development Zone of Qingyuan City, Guangdong. The plant was built by APP China in 1995 with a total investment of 300 million RMB and today delivers an annual output of 100,000 tons of paper products. It is one of the leading producers of office paper in South China.

Jinguang Chuangli Office Paper (Shanghai) Co., Ltd. was officially established in Shanghai in April 2010. Its primary role today is to implement unified planning and management of office paper production from three APP China production plants -Jindong, Yalong and Jinxin — while enabling each plant to perform to its own strengths and advantages. The company also provides product serialization management and portfolio sales services for office paper products.

Jinguang Chuangli's implementation of strategies targeted at brand distribution, process optimization, product mix, and fast delivery is helping to lead the sustainable and standardized development of China's office paper industry. Meanwhile, it is further modernizing its operations based on its philosophy of "Quality for Perfection, Paper for Excellence" and customer-centric management approach. These modernizations include brand differentiation, product serialization, channel diversification, and service personalization. By continuously integrating the Group's resources and working closely with its partners, Jinguang Chuangli is committed to serving China's office paper market. 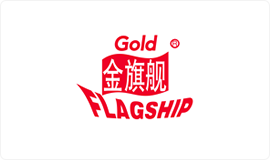 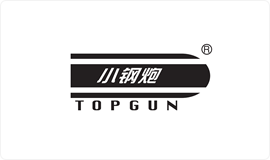