On the morning of December 11, an exhibition celebrating the co-construction of Beijing Olympic Venues by Chinese people from Hong Kong, Macao, Taiwan and overseas was opened at the National Aquatics center. You Jun, member of the Standing Committee of the CPC Beijing Municipal Committee and the director-general of the United Front Department, attended the inauguration ceremony and delivered a speech. She said that this year marks the 20th anniversary of Beijing's successful Olympic bid, and the upcoming Beijing Winter Olympics is not only a sports event that affects the Chinese people at home and abroad, but also an important opportunity to show the national image and inspire the national spirit. Sinar Mas Group is extremely proud to be able to participate in the construction of Olympic venues and contribute its modest efforts to the sports cause of the motherland. 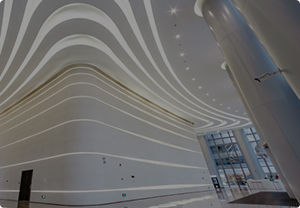